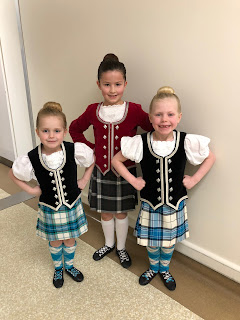 The Highwood Highland Dancers have been active in the Foothills since 1993 and have made their mark on the community. Dancers from the ages of 4 and up (including adults!) are welcome to enjoy the benefits of Highland dance.

Our school enjoys a balance of competitive and recreational dancers and prides itself on its strong sense of community. The focus of this school is to encourage a life-long love of dance, as well as a strong sense respect for self and others. Classes run September through May for recreational dancers and September through June for competitive dancers


The Experience of Highland Dance

Scottish Highland Dancing is a celebration of the Scottish spirit. The dances are a spectacular exhibition of strength, agility, movement, music, and costume. Dancers typically dance to traditional Scottish music, all played by an accompanying bagpiper. The dances are made up of different parts, called steps, and there are usually four or six steps to a dance. The dances are great fun and anyone, not just those with Scottish heritage, can join in and learn the dances. It is one of the few arenas in which men and women (boys and girls) compete equally.
Highland Dancing, whether done for recreation or in preparation for competitions, is a healthy workout for adults and for children. It is a great way to develop good coordination, posture, and overall muscle tone, not to mention aerobic capacity and strength. 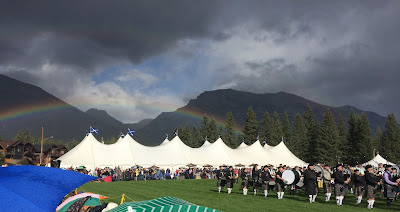 The History of Highland Dance

"Perhaps nothing captures the spirit of Scottish culture better than the sight of Highland dancing being performed at some Highland gathering in some far flung corner of the world. This sophisticated form of national dancing has been spread by Scottish migrants across the world and competitions are now regularly organized in Australia, Canada, South Africa, New Zealand and the United States. Whilst the majority of dancers now entered into these competitions are female, the roots of these ritualistic dances lay with warriors imitating epic deeds from Scottish folklore.
According to tradition, the old kings and clan chiefs used the Highland Games as a means to select their best men at arms, and the discipline required to perform the Highland dances allowed men to demonstrate their strength, stamina, and agility.
Although likely to date back to a much earlier period, the first documented evidence of intricate war-dances being performed to “the wailing music of bagpipes” was at the second marriage of Alexander III to his French bride Yolande de Dreux at Jedburgh in 1285.
It was after the Battle of Culloden in 1746 that the government in London attempted to purge the Highlands of all unlawful elements by seeking to crush the rebellious clan system. An Act of Parliament was passed which made the carrying of weapons and the wearing of kilts a penal offense. The Act was rigorously enforced. So much so it seems that by the time the Act was repealed in 1785, Highlanders had lost all enthusiasm for their tartan garb and lacked the main prop required to perform their sword dances.
The revival of Highland culture was greatly boosted when Queen Victoria discovered the road north and recognized, first-hand, the magnificence of Scotland for herself. This revival saw the beginnings of the modern Highland games, with Highland dancing as an integral part.
Primarily to make judging easier however, the selection of dances being performed were gradually narrowed down over the years and decades that followed. The result of this was that many traditional dances simply got lost, as they were no longer required for competition purposes. In addition, over the years Highland dancing has moved from being an exclusively male pursuit, to one that today includes more than 95% of female dancers.
As far as competitive Highland dancing is concerned, until 1986 only four standard dances remained – The Sword Dance (Gille Chaluim), The Seann Triubhas, The Highland Fling and The Reel of Tulloch. Like many other dance traditions, Highland dancing has changed and evolved over the years, integrating elements that may have their roots set in centuries-old tradition, along with elements that are much more modern.
Some of the legends associated with today’s modern dances include:
The Sword Dance (Gille Chaluim – Gaelic for “the servant of Calum”) – One story said to originate from the times of Shakespeare’s Macbeth, recalls that when King Malcolm III (Canmore) of Scotland killed a fellow chieftain in battle, he celebrated by dancing over his own bloody claymore crossed with the sword of his enemy. Yet another story tells that a soldier would dance around and over crossed swords prior to battle; should his feet touch the blade during the dance however, then this was considered an ill omen for the following day. Another and more practical explanation is that the dance was simply an exercise used to develop and hone the nibble footwork required to stay alive in sword play.
The Seann Triubhas – Gaelic for “old trousers” – Pronounced “shawn trews”, the dance is romantically associated with the Highlanders' disgust at having to wear the hated Sassenach trousers when the kilt was banned following the 1745 rebellion. The initial slow dance steps involve lots of leg shaking, symbolising attempts to shed the hated garments. The final faster steps demonstrate the joy of returning to the kilt when the ban ended in 1782.
The Highland Fling – One legend associates it as a warriors dance of triumph following a battle. It was supposedly danced over a small round shield, with a spike projecting from the centre, known as a Targe. Yet another legend links the dance to a young boy imitating the antics of a stag rearing and wheeling on a hillside, the curved arms and hands representing the stag’s antlers.
The Reel of Tulloch (Ruidhle Thulaichean) – It was supposedly on one cold morning in the village of Tulloch in north-east Scotland, that many years ago the congregation were waiting for the minister to let them into the church. To keep warm the people began to stamp their feet and clap their hands, and when someone started to whistle a highland tune the whole group developed into a lively dance. A more gruesome story, however, links the dance to a game of football said to have been played by the men of Tulloch with the severed head of an enemy."
Source:  https://www.historic-uk.com/HistoryUK/HistoryofScotland/Highland-Dancing/